Researchers from KAUST have produced membranes with well-defined microscopic pores by electrochemically depositing organic conjugated polymers onto highly porous electrodes. These microporous membranes have numerous applications, ranging from organic solvent nanofiltration to selective molecular transport technologies.
High-performance separation depends on membranes that are robust with well-ordered and dense microporous structures, such as zeolites and metal organic frameworks. Unlike these state-of-the-art materials, conventional polymers produce membranes with the desired tiny pores through cheap and scalable processes, but their amorphous architecture and low porosity make them less effective.

Conjugated microporous polymers have shown potential for polymer-based membranes with enhanced performance. These solvent-stable polymers form cross-linked networks with uniform pore sizes and high surface area when created by electropolymerization, a relatively simple method that relies on electroactive monomers. The drawback, however, is that the membranes produced are too brittle to withstand pressure-driven separations. The KAUST team, led by Zhiping Lai, sought a new approach to manufacture a robust membrane. 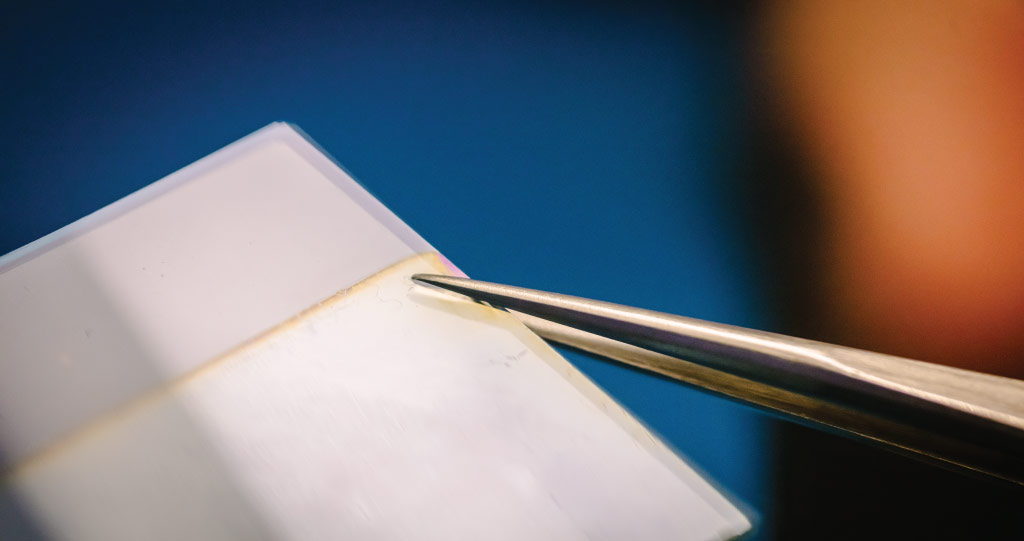 The membranes were produced with well-defined microscopic pores by electrochemically depositing organic conjugated polymers onto highly porous electrodes.
© 2021 KAUST; Anastasia Serin
Taking inspiration from spider silk, which gets its exceptional strength and ductility from its skin-core structure, the team developed an electropolymerization approach to grow the conjugated polymer polycarbazole inside the porous network of an electrode1. They dispersed electroactive carbazole monomers in the electrolyte solution of an electrochemical cell and oxidized the monomers under applied voltage to coat the electrode with the polymer film. The electrode was made of carbon-based tubular nanostructures that served as a sturdy and porous scaffold for the membrane.
The membrane showed faster solvent transport than most existing systems because of its high surface area and high affinity for organic solvents. It also separated dye molecules within a narrow molecular weight difference. “This narrow molecular sieving is attributed to the uniform pore size,” says Ph.D. student Zongyao Zhou.
A similar electropolymerization-based approach — this time inspired by the protective role of human skin — was used by another Lai-led team to prevent cathode decomposition in lithium–sulfur batteries2. Environmentally friendly and inexpensive, these rechargeable batteries have potential to store more energy than their ubiquitous lithium-ion counterparts, which could make them useful for electrical cars, drones and other portable electronics. However, their sulfur cathode forms compounds called polysulfides that readily dissolve into the electrolyte during discharge. These soluble compounds can shuttle between the cathode and anode, causing permanent capacity loss and degrading the lithium metal anode. 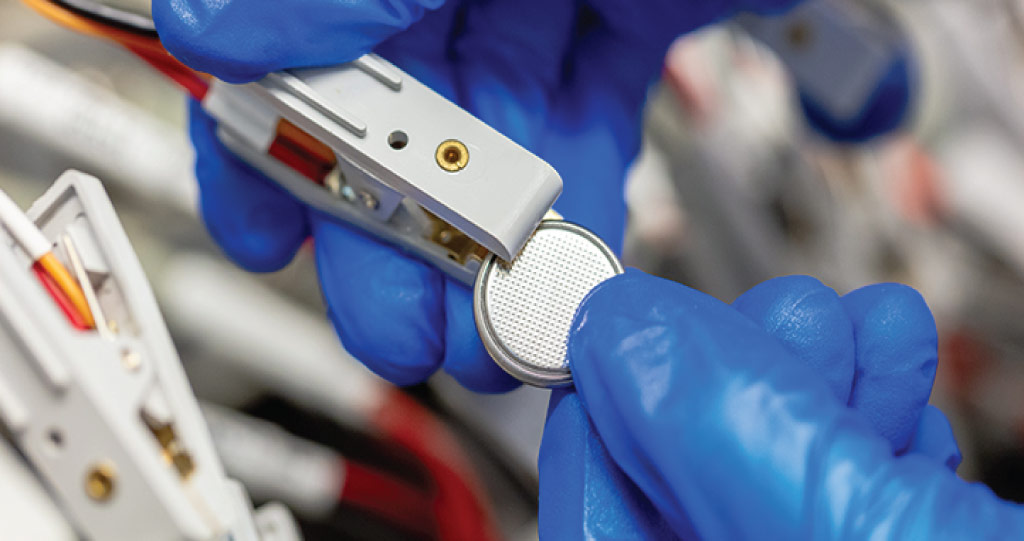 A similar electropolymerization-based approach inspired by the protective role of human skin was developed  to prevent cathode decomposition in lithium–sulfur batteries.
© 2021 KAUST; Anastasia Serin
Previous attempts to prevent the dissolving of the polysulfide, such as capturing and anchoring the compounds to the cathode, have had limited success. “We thought that growing an artificial skin for the sulfur cathode would help stop polysulfide leakage from the cathode,” says Ph.D. student Dong Guo.
The researchers synthesized another polycarbazole membrane that conforms to the cathode surface under applied voltage. This nanoskin features tiny uniform pores that block polysulfide diffusion but facilitate rapid lithium ion transport, which enhances the sulfur utilization and energy density of the battery.

The team plans to evaluate the electropolymerization process in other electrode systems. The nanoskin holds promise for organic batteries, in which the dissolution of redox-active organic molecules is rather challenging, Lai says.