Get a load of ZIF! Better delivery of cancer immunotherapy 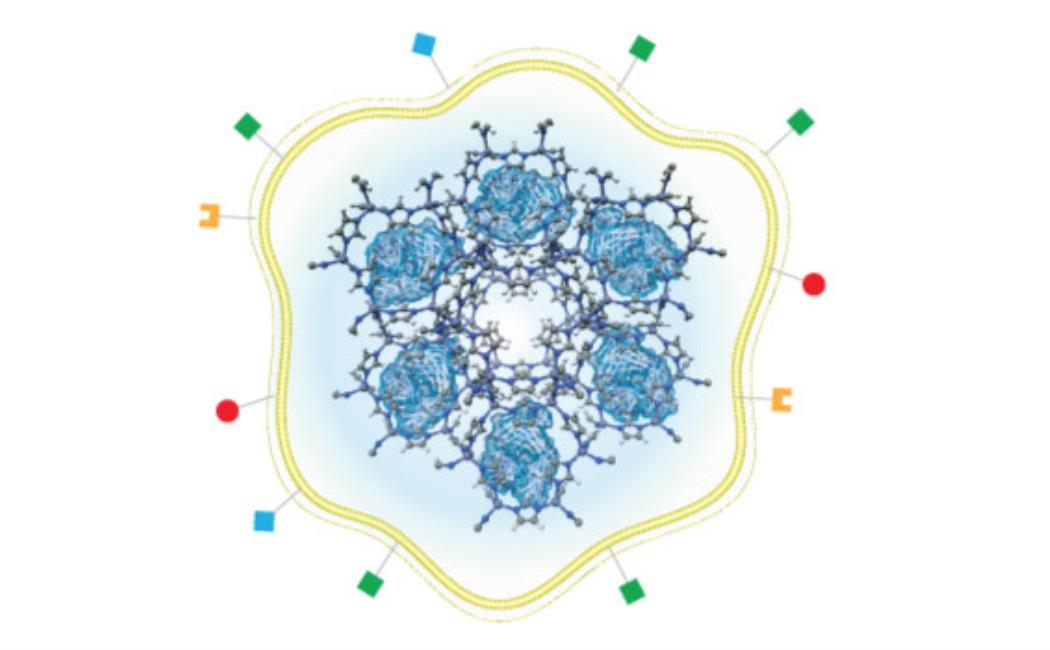 Get a load of ZIF! Better delivery of cancer immunotherapy

Tumor cells express PD-L1 ligand, which binds to PD-1 receptors on T cells. This interaction deactivates T cells and prevents them from attacking the tumor. Nivolumab inhibits this interaction, allowing the T cells to kill the cancer cells.

An antibody loaded onto a porous metal organic framework is released by the acidic environment that surrounds tumors, avoiding the adverse effects of administering the antibody alone.

Loading a cancer immunotherapy drug onto a metal organic framework improves both its delivery and its sustained release for treating leukemia. Furthermore, coating the drug-loaded framework with a cancer cell membrane improves targeted delivery to solid tumors. These findings could lead to safer and more reliable cancer immunotherapies.

“We believe our findings are quite significant because they show that the undesirable side effects of immunotherapy can be modulated by choosing the right delivery vehicle,” says KAUST chemist Niveen Khashab. “They also show that targeted delivery can be realistically established through proper surface functionalization.” 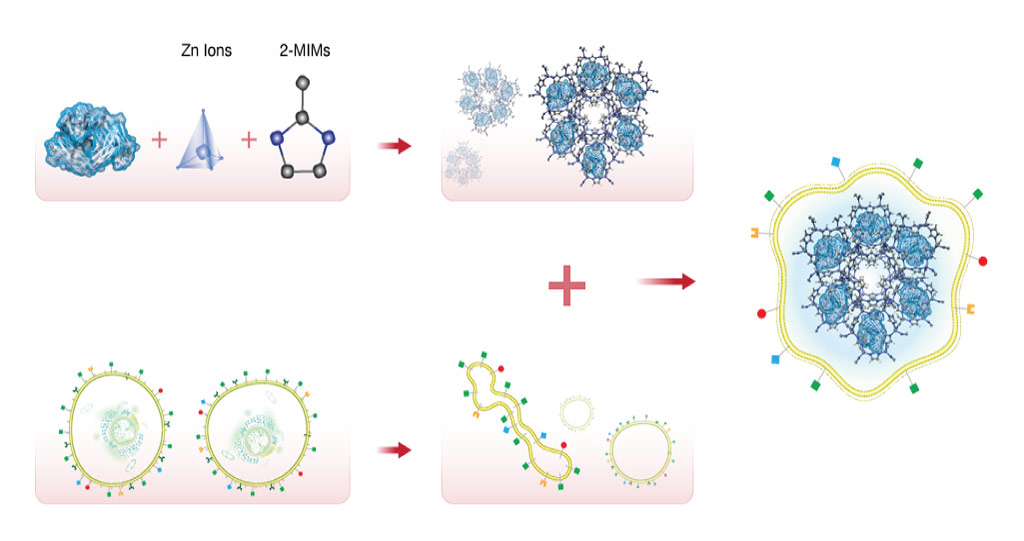 The team loaded nivolumab, a cancer immunotherapy drug, onto a ZIF metal organic framework composed of zinc ion subunits attached to organic methylimidazole (MIM), and encapsulated it within a membrane of the target cancer cells.
© 2021 KAUST; Heno Hwang
Cancer immunotherapy involves using drugs that modulate the immune system to make it more effective in attacking tumors. Nivolumab is one such drug, which counteracts a cancer immune evasion strategy that involves expressing PD-L1 molecules that deactivate T cells by blocking the PD-1 molecules on their surfaces.

Yet nivolumab, like other “immune checkpoint inhibitors”, can cause immune-related adverse effects, where excessive T cell activation leads to an immune response against the recipient's organs. Scientists are looking for ways to improve the delivery of antibodies like nivolumab so that their release is slow, sustained and targeted, with minimal adverse effects.

Khashab’s group worked with a metal organic framework called zeolitic imidazolate (ZIF-8), a crystalline solid formed of zinc ion subunits attached to organic methylimidazole. “ZIF-8 nanoparticles have shown great potential in cancer drug delivery in the last few years,” says Somayah Qutub, a Ph.D. student in Khashab’s group. “They are composed of zinc ions and imidazole, which are naturally found in the body.” This makes the biocompatible, biodegradable and highly porous nature of ZIF-8 ideal for the safe loading and delivery of drugs like nivolumab.

Khashab’s team loaded nivolumab onto ZIF-8 and tested its effects on leukemia cells. They found that the antibody was slowly released from the ZIF-8 framework when in proximity to a slightly acidic tumor microenvironment. This process prevents the T cells from being deactivated by cancerous cells so that they can attack the leukemia cells.

The team also tested the system for delivering the antibody to solid tumors both in Petri dish experiments and in mice. They encapsulated nivolumab-loaded ZIF-8 with the membrane of the cancer cells that were being targeted. This led to the accurate delivery of the system to the tumor, followed by slow and sustained drug release. Importantly, the mice showed negligible toxicity from the drug, which significantly inhibited tumor growth and prolonged survival.

“Our next step is to improve this system,” says Qutub. “We are combining immunotherapy drugs with other anti-cancer modalities to have a synergic effect. We are also working on optimizing our cancer cell membrane coating with other materials so that the system can be easily reproducible, scalable and compatible with biopharmaceutical industry standards.”