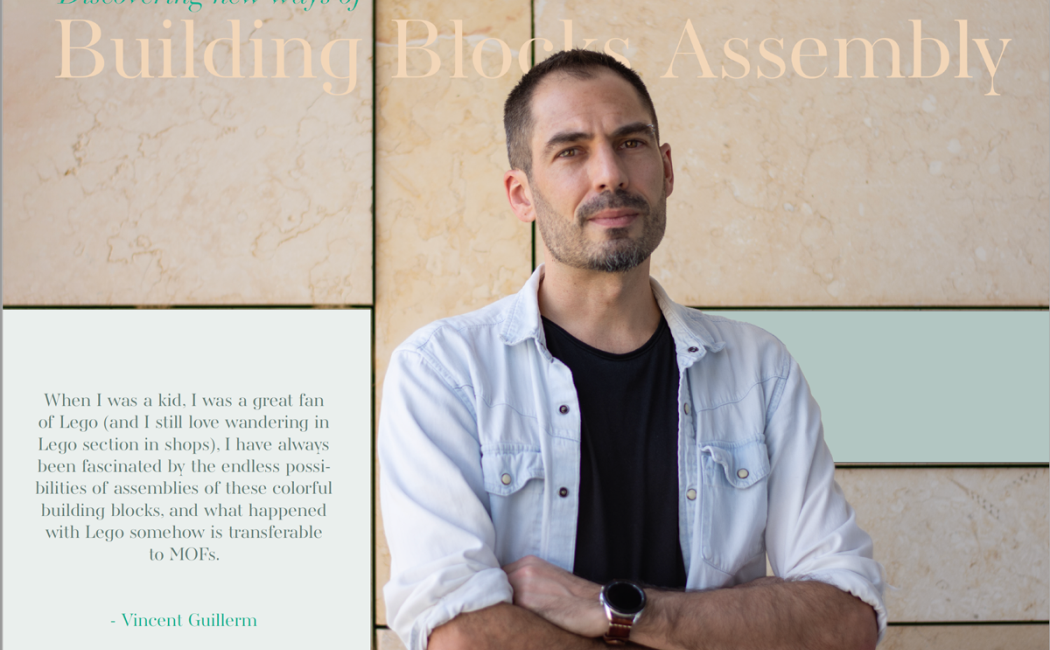 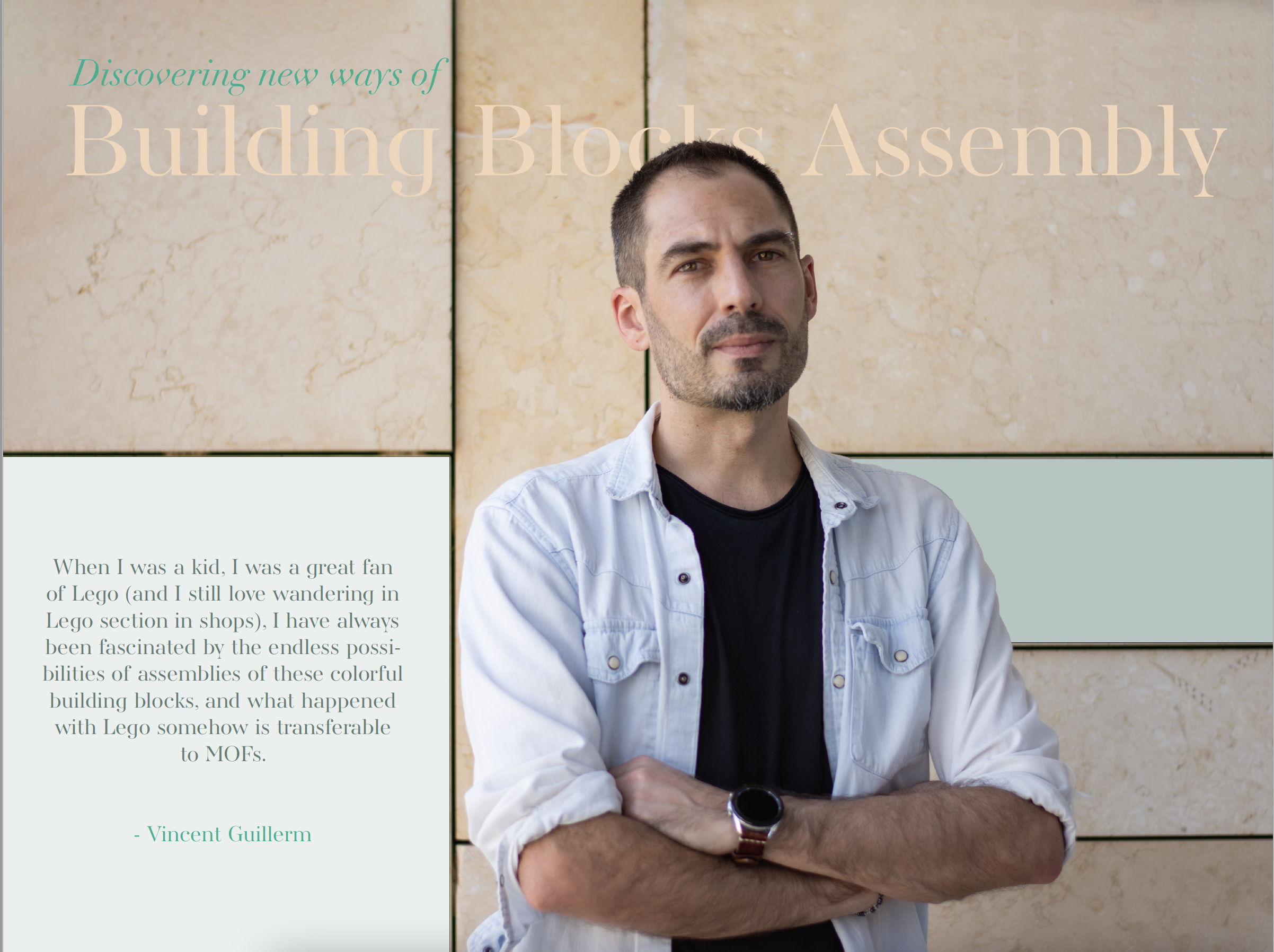 Vincent, originally from France, completed his PhD at the Université de Versailles. He joined Kaust in its early days in 2011, as a Posdoctoral Fellow with Prof. Eddaoudi. After three years of learning and discoveries, Vincent relocated to Barcelona (Spain, 2015) to work with Prof. Maspoch at the Catalan Institute of Nanoscience and Nanotechnology. During 5 years, he applied skills and further improved his topology knowledge to introduce the concept of “geometry mismatch”. In 2019, Vincent joined back Kaust and the AMPM center as a Research Scientist. This year, I&EC Research (an American Chemical Society journal) selected his name for “2022 Class of Influential Researchers”. They are awarding researchers within the first ten years of their independent career, who are doing exceptional research within chemical engineering and applied chemistry.

You can read a full interview :