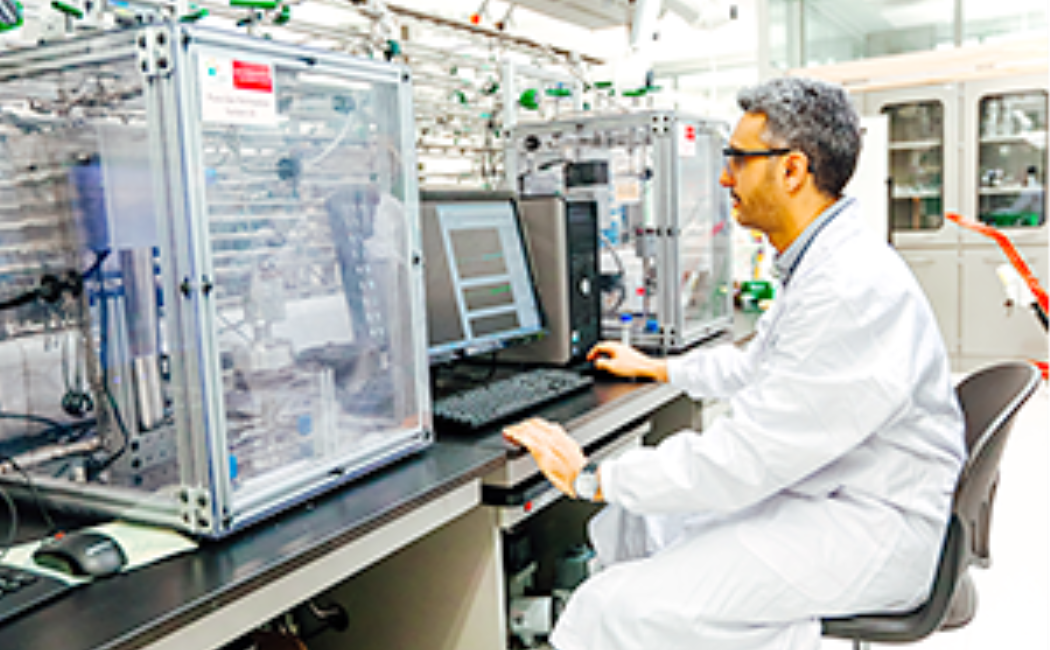 ​Researchers test the separation potential of new materials using the time-lag, a.k.a. constant volume, method that sets the standard in the field.  A film sample approximately 2 cm in diameter is sealed in a high-pressure cell in a temperature-controlled box. One surface of the film, supported by a porous screen, contacts a container of known volume. Gases at different pressures (0-50 bar) are introduced to the other surface of the film. Gas penetrates into the film and moves through it, to the known volume. The rate of pressure rise in this known volume is monitored by computer and analyzed in real time, using software developed at KAUST, to determine permeability. Gas arrives at the known volume after a time lag, or delay, the length of which is used to estimate solubility of the gas in the film material.  The lab operates twelve of these pure gas permeation instruments, which were constructed from scratch by the Center’s first generation of students and staff using materials sourced from America, Europe, and KSA.